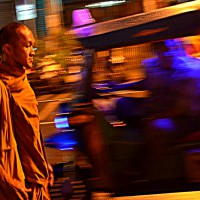 Monks and Buddhism plays an important role in Thai society. In Bangkok you always see monks walking around the temples in the orange and safron colored ropes. All boys have to spend a certain amount of time as a monk during their life time. Some like it so much that they stay monks for many years or the entire life. Monks are not allowed to drink, have sex or even touch girls or recieve an item directly from a female. They do not go out at night and study all day. Buddhism have a rank system and it takes many years as a monk before you can move up.

Why visit temples in Bangkok: Because Bangkok have some of the most spectecular temples and wats in the world.

Worst experience: Too many tourists and too hot during the day when temples are open 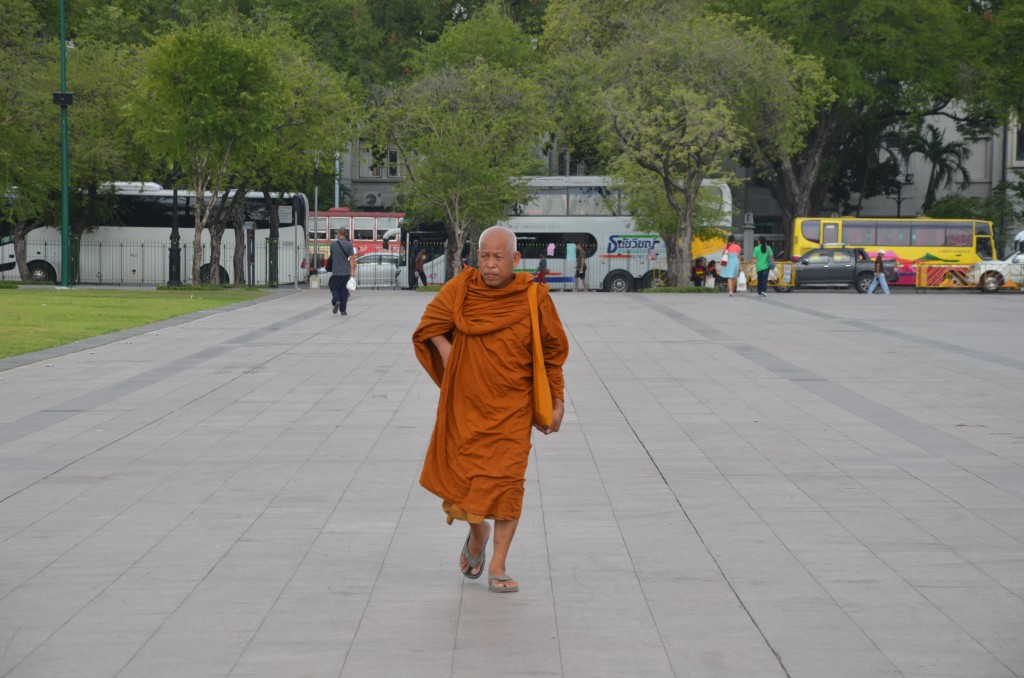 Monk in Bangkok near Grand Palace 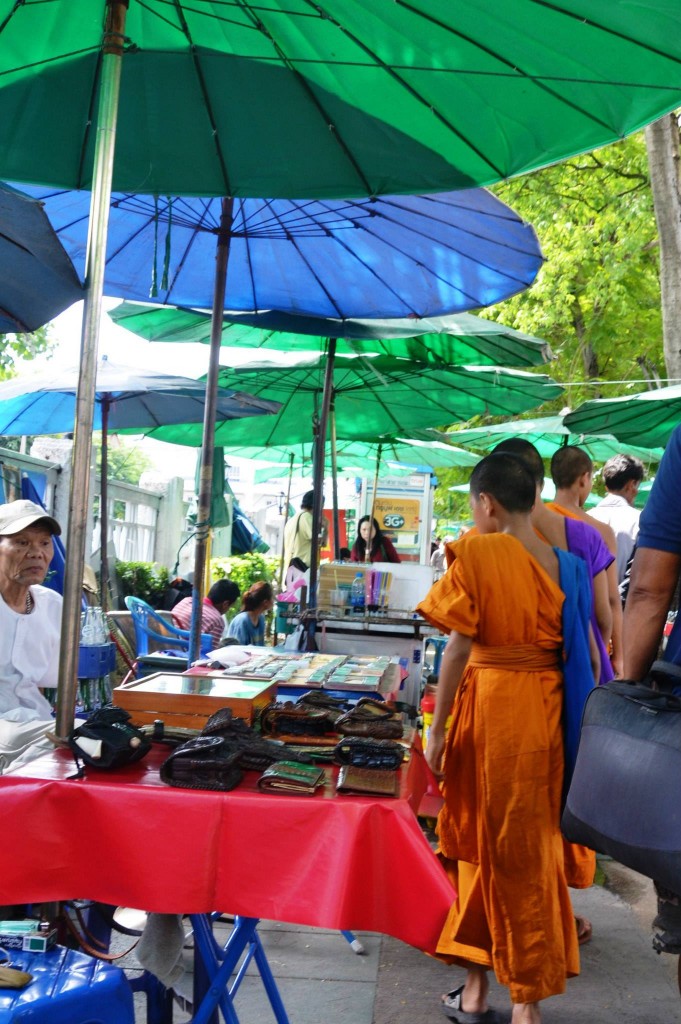 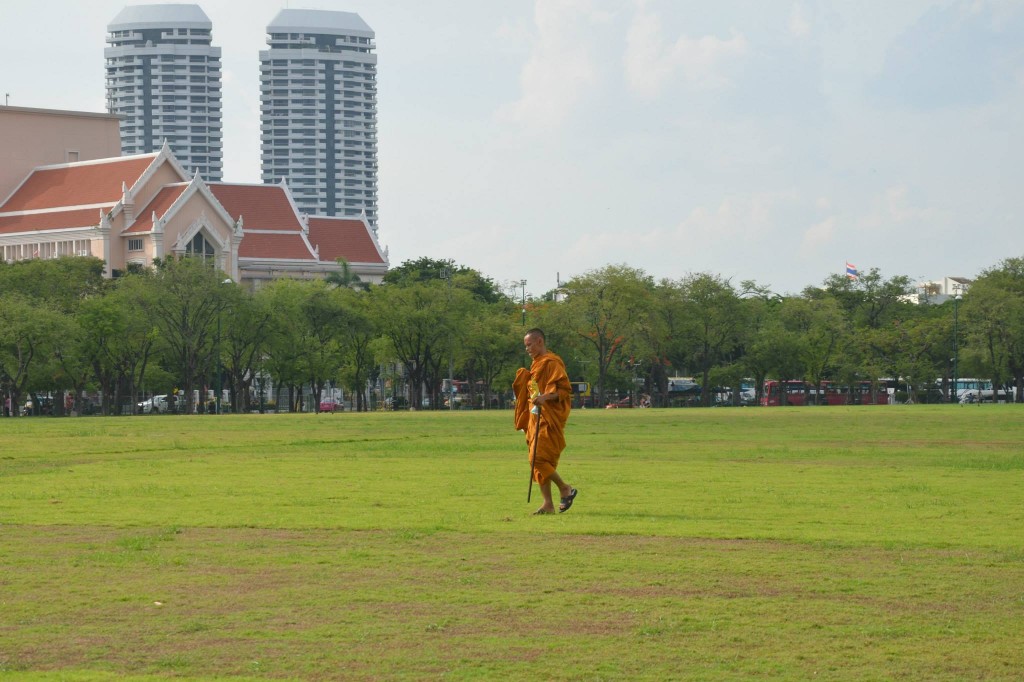 Monk across the grand palace square with Tammersat University in Background 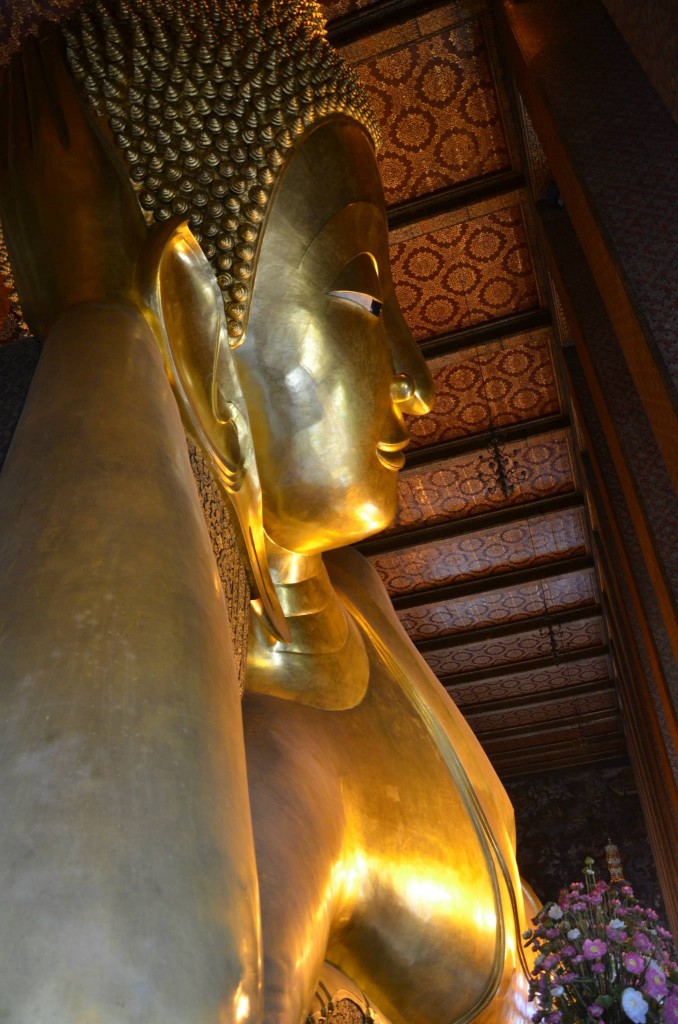 The reclining buddha in Bangkok. Think its the larges buddha in the world 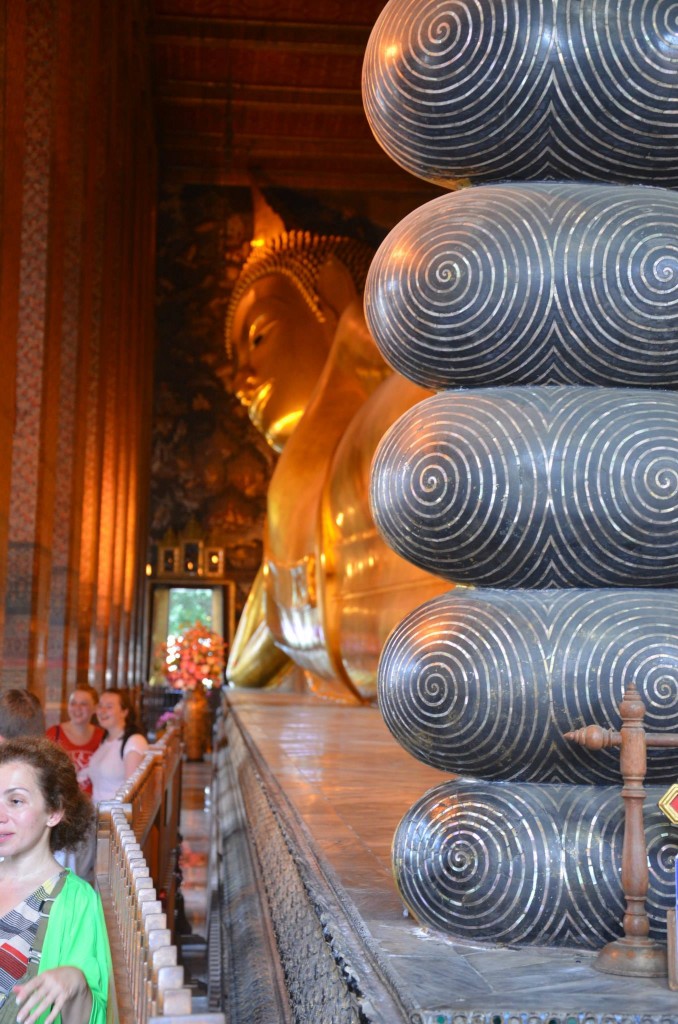 You are lucky if you can get a photo with now people on. Yeah its a popular tourist sight… 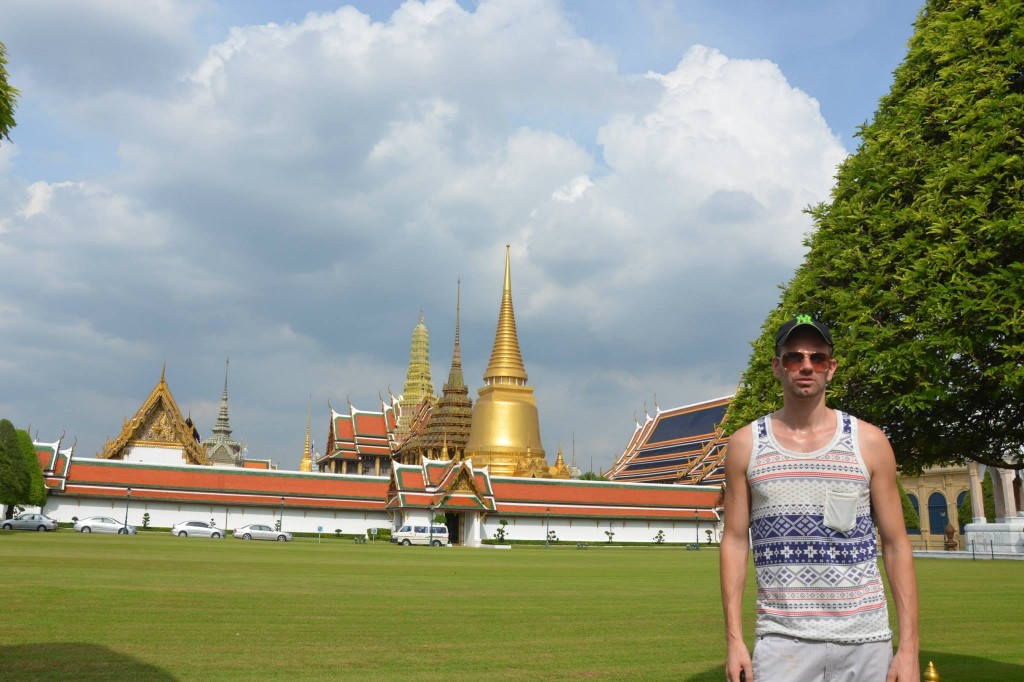 Myself in front of Grand Palace on a hot hot morning 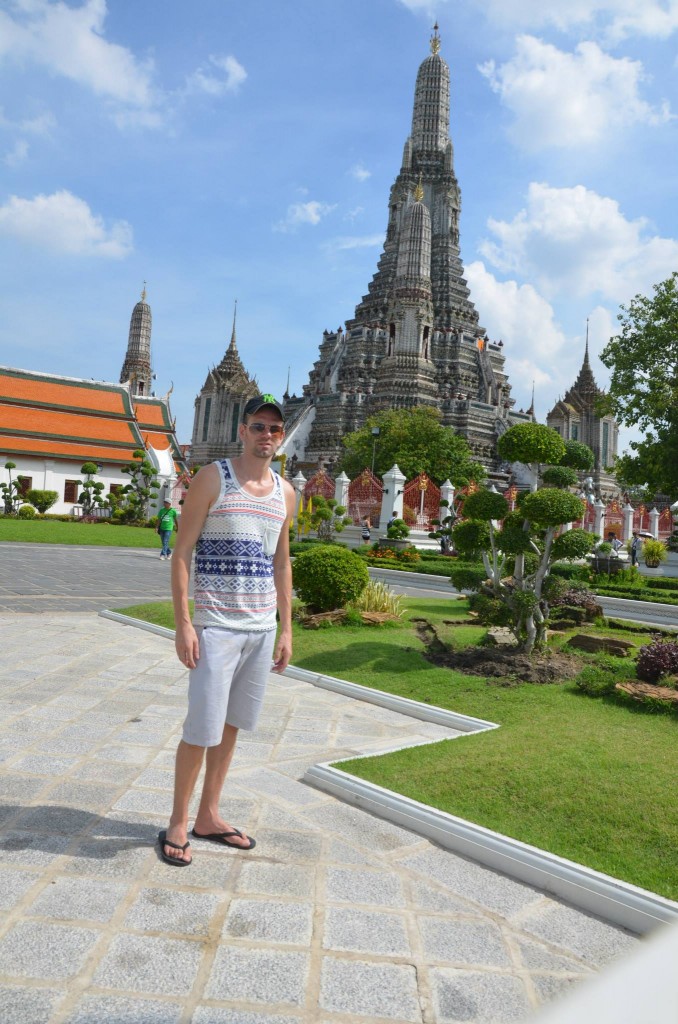 Wat Arun. The only way to get here is the boat from the reclining buddha 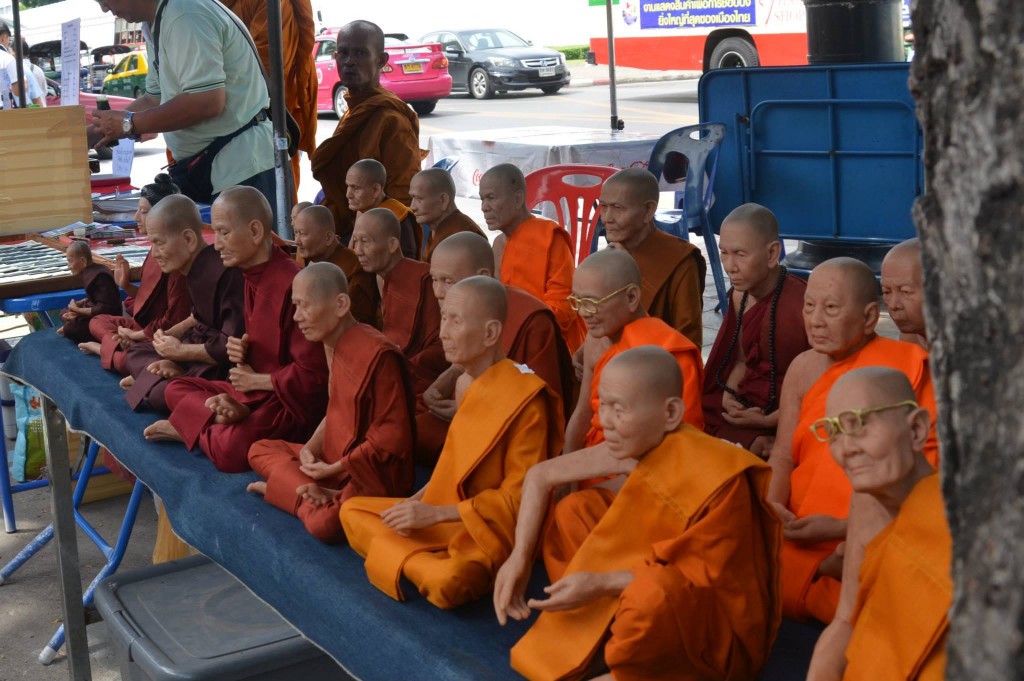 Haha I love this photo. Which monk is the real and which one is fake? 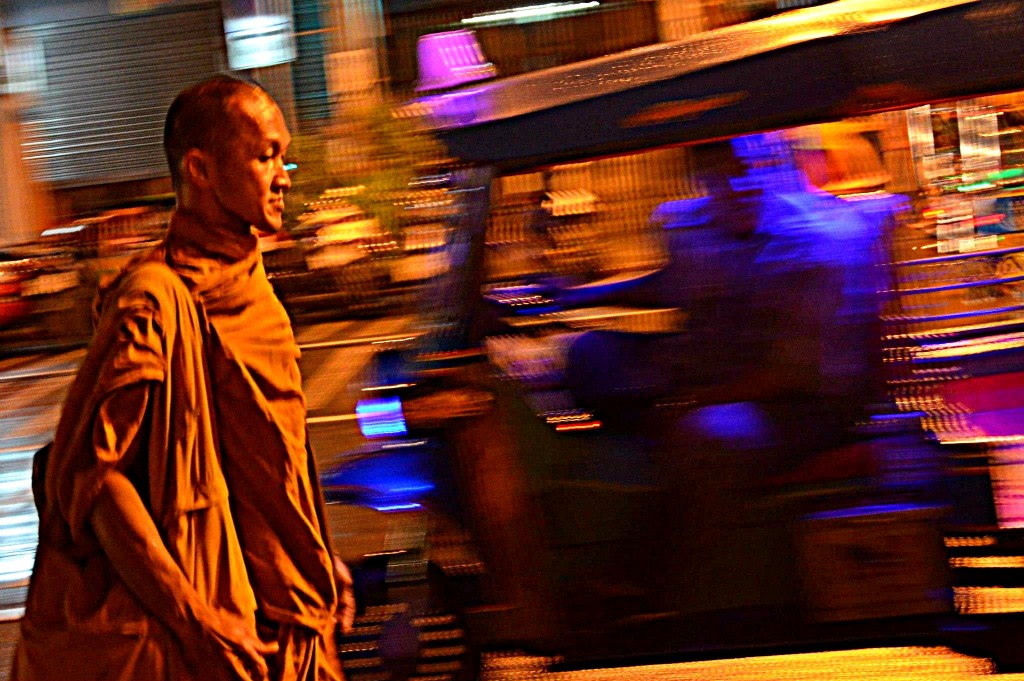 A monk during Songklan 2013 with a tuk tuk passing by 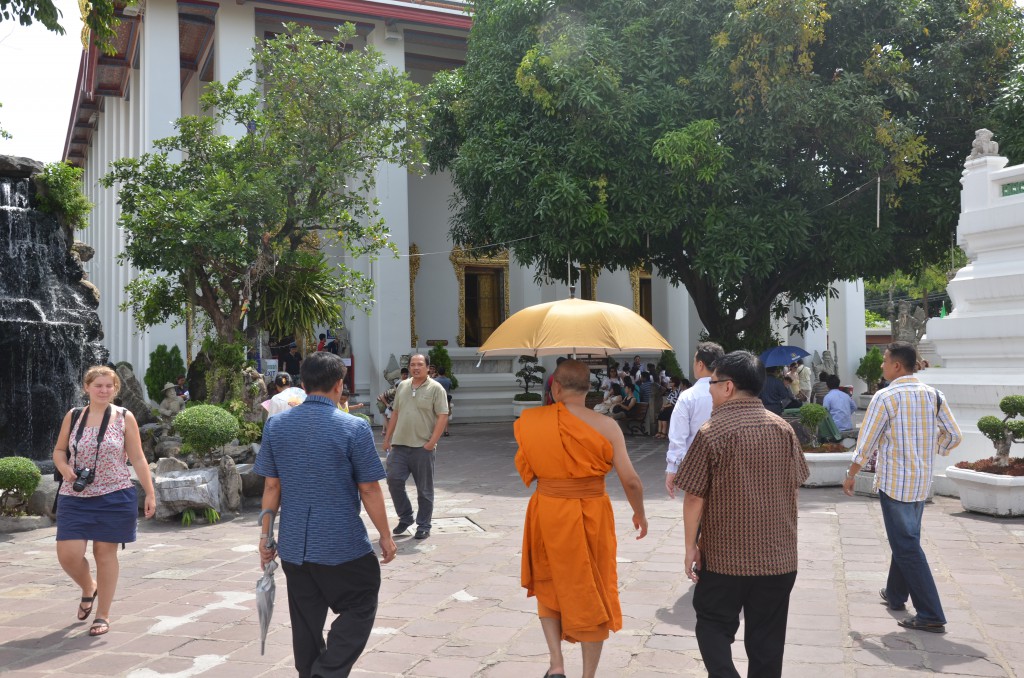 A monk and some delegates 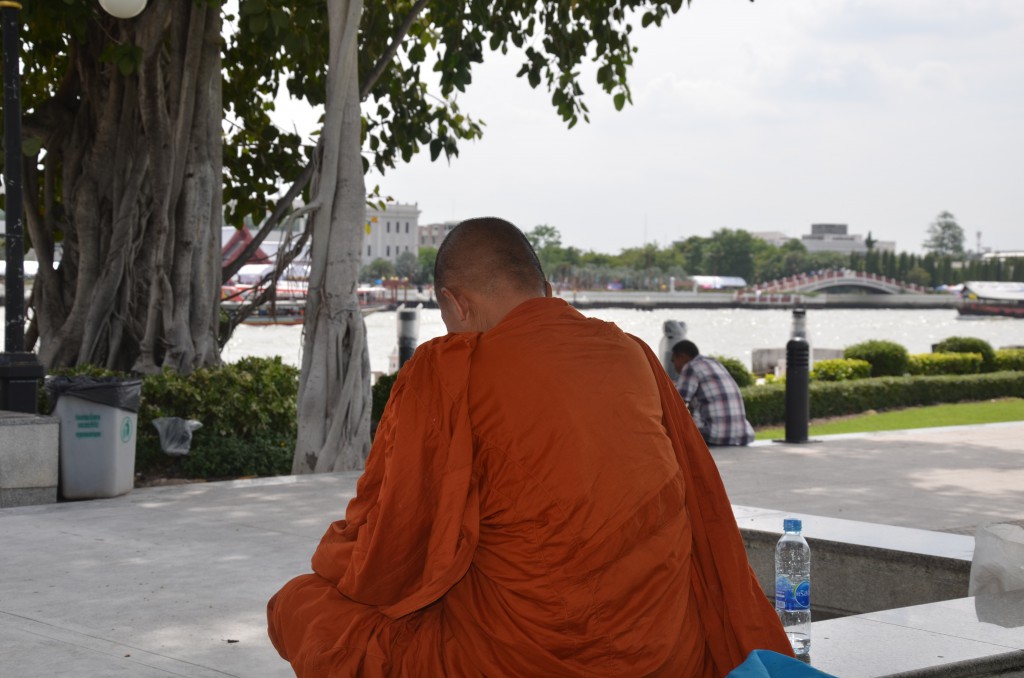 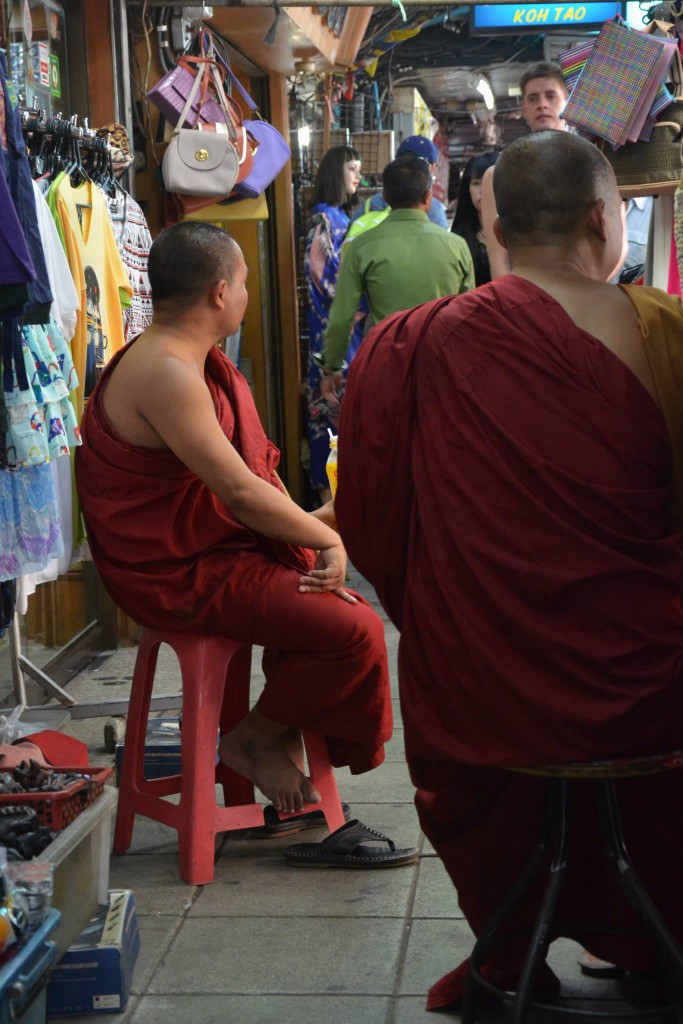 Monks at Khaosan Road chilling in the moonsoon heat

Et svar til “Temples and monks in Thailand”